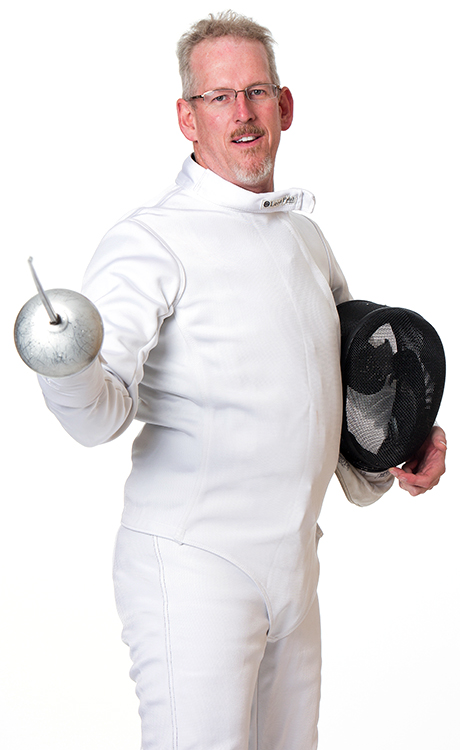 The initial injury was actually in the army back in the 80’s. I blew out my anterior cruciate ligament while playing basketball. After five knee surgeries and numerous years later, the final straw was when I could no longer ride my horse. My wife would have to come out and grab the horse just so I could get off.

I work as a nurse practitioner here in Las Vegas and have know Dr. Crovetti for almost the entire time since he’s gotten into town. I’ve been here 25 years already. He did my father-in-law’s shoulder surgery, so it was natural to come back here and have him take care of my knee replacement.

He said, “Whatever day you need – come see me and we’ll take care of it.” A year later he walked in and said, “It’s time isn’t it?” and I said, ‘Yes. Absolutely time to get it done.’ Since then I’ve been riding, fencing and doing everything else I enjoy doing.