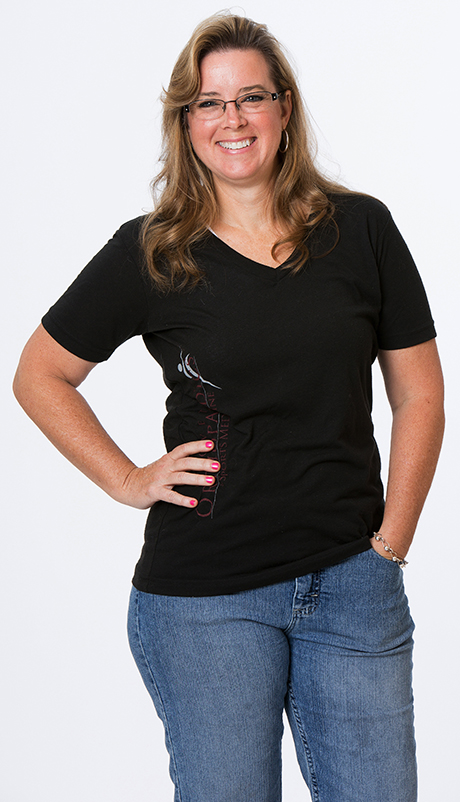 It was nearly ten years ago that Sheri White recognized she was given the opportunity of a lifetime. At the time, she was an experienced X-Ray Technician working at a family practice on the west side of town. But as often happens when you’re among the best-of-the-best, people recognize that trait, and word gets around. That’s how Sheri White came to the attention of Dr. Michael Crovetti, and shortly thereafter she joined the close-knit team at Crovetti Ortho.

“Dr. Crovetti made me an offer that was simply too good to pass up,” White remembers. And while some may think the reason for that statement would hinge on the amount of her paycheck – for White, she had an entirely different motive that was much more important to her: “He offered to help me further my education and train to become an MRI Tech. That’s something I had really wanted to pursue – but it is expensive, so I knew this was an incredible opportunity. I jumped at the chance, and I’ve never looked back,” she recalls.

However, before that career change happened, White had also gotten to know Dr. Crovetti by his reputation, not only as an excellent physician and surgeon, but the extraordinary leader of a team that remains focused on always improving the patient experience. That might be a bit of a rarity in the medical industry (something a lot of patients can probably attest to). But Sheri believed that his initial commitment to helping her expand her knowledge and succeed in her career was a pretty good indication that this was exactly the type of workplace atmosphere she was seeking.

“And I was right,” White explains. “Next April, I’ll have been with Dr. Crovetti for 10 years. It doesn’t seem like it’s been that long, really. I love the people here and the work so much, it just feels like home to me. I run both the X-Ray and MRI Departments on my own, which can be tough to do – but I’ve always been a go-getter. And maybe it’s because I’m so organized that I’m also able to handle processing the disability forms, and I even order the supplies for the office,” laughs Sheri. “I’m sort of referred to as the ‘Jack-of-All-Trades’ here – because if there’s something that needs to be done, I’ll always volunteer to pitch in.”

But first and foremost, Sheri’s an experienced technician – in fact, often referred to as the best and fastest X-Ray Tech in town. “Sometimes I’ll run into patients outside of the office and they’ll tell me I’m their favorite X-Ray Tech, because I always make them feel welcome and comfortable.” (And who doesn’t love to hear that?)

“It bothers me to know that not all Techs are that way. Maybe I’m different because I love my job so much. I’m happy to see patients when they arrive, and I’m interested in what’s going on with them, so I guess it shows. I like to play music to put them at ease, and then we’ll start talking and joking around – and before they know it, we’re done with the X-Rays and they can’t believe how easily and quickly it all happened.”

Then again, when you’re working in such a supportive and innovative environment, it’s definitely easier to love what you do. According to Sheri, that tone was set by the guy at the top: Dr. Crovetti himself.

“The entire (almost) ten years I’ve been here, I’ve never stopped learning,” she confirms. “I’m extremely lucky to be in a place where that’s possible – because not every medical practitioner offers that opportunity. But Dr. Crovetti is different; he’s been a mentor to all of us. He’s inspiring, encouraging, and honest – and he’s always been there for every single one of us. It’s not just “talk” for him, either – it’s real. He believes it and lives it. That’s the kind of leadership you want to have roll downhill!”

“One great example was when I was able to watch him do a hip replacement surgery recently. It was fascinating to me because it was a chance to see my x-ray work translate into real life; I could see exactly what my films had recorded right in front of me. What really felt good, though, was when Dr. Crovetti said without having an incredible team he could rely on to do their jobs so well – he wouldn’t be able to do his job as a surgeon as well. That was just one more indication of how supportive he is towards all of us.”

That mindset seems to perfectly describe the uncommon essence of Crovetti Ortho. According to White, “Our small, close-knit team is more like family than anything. We share a common belief that the most important thing is the patient. “That’s why we communicate so well and stay up-to-date with their status – which means if one staff member isn’t available to help a patient with their issue – someone else on the team can step up and resolve it or provide the information they need.”

“The bottom line is that the better everyone at Crovetti Ortho is at our jobs, the more our patients will benefit from that knowledge, experience, and the fact that we truly do care about their health and well-being.” Well said, Sheri White. Well said.