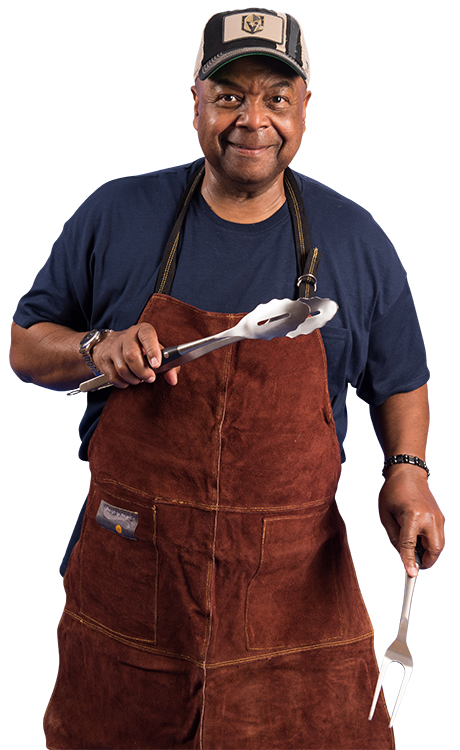 It was about two years ago that I was really concerned about my life going forward because I had lost my ability to walk to stand up in actuality because I had to walk bending my knee. And I was referred to Dr. Crovetti by my family physician. Once I came here I explained to Dr. Crovetti what I was contending with, and he told that I would definitely have to have a knee replacement. We got everything schedules. Initially I was very impressed with this staff in the office, but once I came here to the surgery center I was really taken aback.

The precision, the commitment, the level of professionalism was just ultra-extraordinary, and, after going through the surgery with the attentiveness of the surgery staff, I had the opportunity to really kind of analyze things as I laid in the bed and looked in retrospect and I realized I was in the hands of a visionary. I had experienced someone that was not only committed to their profession but they were also committed to providing the type of care that they would want themselves. And I had the opportunity to experience the staff in the surgery center for two days and the treatment was just impeccable, and I realized that they were going beyond just doing a job but they were committed to the healing process. They made me feel very comfortable along with my wife who stayed here for the duration of my stay, and I had nothing but high accolades for the staff but even moreover assessing the effect and competency of the visionary whose hands I was really in which was Dr. Crovetti.

When I was released and I went home, I was in my home the day after surgery or the day after going home and I was in my kitchen and I realized that I had lost my walker. I didn’t know where my walker was and I said, ‘Gee if I’m losing this walker I don’t need it.’ And this was just so amazing to me to have that type of experience. I continued to work with the equipment that was provided for me. I was diligent with it, with the exercises, I improved daily, and within two weeks I was able to walk freely without a limp or anything. I never went to therapy. Dr. Crovetti was so amazed once I returned to him for my initial visit after the surgery. He said, ‘You’ve never been to therapy?’ I said, ‘No, I didn’t go to therapy’ and he said, “You don’t need it. You have more mobility now than what we expect you to get to after therapy.’ He said, ‘Young man you’re in good shape,’ and I knew that from the outset. I knew that I would be because I knew whose hands I was in.

I constantly observed the approach that they took, everyone took to, to as I say their job but it was more than just a job. They were a key component in a fix; a fix of lives. And that’s what they did for me. They gave me my life back because I was a changed person. I love to entertain and the first year after my surgery, which it was actually only about two weeks, I hosted Christmas dinner and I was in pain walking around because I had to get to my machine. I had to get to my machine for some relief and my guests enjoy themselves, but I was in pain. But once they left, I got on my machine and I was able to get some relief. I continued to improve and within 30 days I was back. I was back no bending. I was able to walk freely even to today I don’t walk with a limp and people that see me and I share with them that I’ve had a knee replacement. ‘Get out of here you didn’t have…’ Yes, I did. And any time I go to a concert the security they check me and they say, ‘Oh boy you got a good one’ because the want just whistles.

But I really cannot say enough about my experience. Subsequent to the knee I was having problems with my neck and my approach was okay I have to find me a physician that can attend to this, and I thought about Dr. Kucera because Dr. Kucera initiated the nerve block for my surgery and it was ultra-effective. And I said, ‘Let me give a call.’ So, I decided to give a call, make an appointment, I came in and of course filled out the form. They realized that I had the problem with my neck. I had the x-ray and when I went into the room I saw the film on the computer, and I could see what I was dealing with because I saw the compression of my vertebra. Dr. Kucera came in and he told me and he said, ‘Yes you have a problem,’ and he explained to me that I had the same injury that Peyton Manning had. My isn’t this something, but I was encouraged because I knew I was in good hands being here within Crovetti Orthopedic. I knew that Peyton Manning had the injury but he had the surgery and he came back after the surgery and won the Super Bowl.

So I knew that all I had to do was again place myself in their hands and that whatever achievements that I had before me I would achieve the achievement. And of course I did go through with one injection. I had one injection. When I came in I was very stiff. I was having constant pain at night, especially I couldn’t sleep. Every thirty minutes I was awakened with pain. My days were horrible because I wasn’t sleeping at night; interrupted sleep. But I have the injection, again experience the staff here at Coronado Surgery Center. Sheer perfection. And as soon as I awaken from the anesthesia I felt the difference. I felt the difference and I knew again I had my life back. So I actually shared with Dr. Kucera on my first visit after the procedure I was so elated that if he wanted me to stand on a corner and put on the double sign and promote him I was willing to do that because I valued my life so much. This practice has given me my life back not once but twice and I’m totally committed to sharing with anyone my experience, and then I’m totally confident that you will have the similar experience that I had if you come to Crovetti Orthopedics.