Is It You That’s Crazy? Or The Diagnosis? 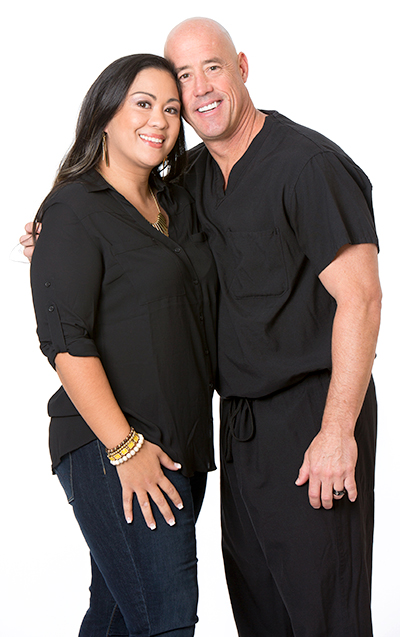 “We can’t find anything wrong with you.” Unfortunately, that’s a phrase that many people who live with chronic pain hear from their doctors. After you hear it enough times, and medical tests keep coming up empty-handed, it can start to make you think you’re a little bit crazy; wondering if the pain is all in your head rather than where it hurts.

Melissa Dowding was one of them. Following a car accident about 15 years ago, pretty much everything about Melissa’s life was turned upside down. That was when pain became her constant companion. Yet even though she was a ‘medical insider,’ she kept receiving the same diagnosis – year after year.

Currently a Director of Operations at a medical office, Melissa explains, “I’ve spent my entire professional career working in the medical field, running clinics and practices. So I wasn’t intimated by the procedures, and I knew the doctors. But when one after another kept telling me they couldn’t find anything wrong with my back, I was starting to wonder if I was imagining things.”

If she was, it was clear she had an exceedingly vivid imagination. “Before the accident, I was always active and athletic and in great shape. It was a passion for me,” she continues. “Even afterwards, I did my best to stay on track, working on the things I could still do, until eventually I wasn’t even able to continue going to the gym.”

As her pain worsened, Melissa’s condition was tough on her family, too. “With my husband and three great kids at home, you can just imagine how busy and active things were. We are very close – family is everything to me. But it got to the point where I couldn’t do the simplest activities with them – even going to the movies was out of the question because I was in too much pain to sit that long in a theater,” she explained.

“The worst thing, though, was how it made me feel about myself. I was unable to do all those things that had kept me healthy and fit all my life, and that took not only a physical toll, but an emotional one, as well.”

It was a serendipitous change in her career that ultimately led to an accurate diagnosis, proper treatments, and gave her back the life she had been missing – along with a new, lifelong friend. Melissa Dowding was brought on staff to manage Crovetti Orthopaedics – and quite literally, that was the day that changed everything.

“The first day I started working with Dr. Crovetti, he noticed a limp in my walk,” Melissa recalls. “He said it was caused by my hip – which was totally unexpected, because all my previous doctors had said the problem was with my back. But I had an MRI done, and discovered he was right. Which was amazing, because that meant now there were things we could do to address it.”

Over the next several years, Dr. Crovetti helped Melissa recognize which activities to avoid that would exacerbate her pain, and she underwent several hip arthroscopic surgeries. As she remembers, “We never discussed hip replacement, because I was young and the surgeries were helping. But after the last one, there was simply no relief. I met with him again – he could see how badly I was hurting – and he asked me, “Why live with the pain, when you can have the surgery and be done with it?” So we finally went ahead and scheduled a hip replacement.”

“Actually, we scheduled it again, and once again after that, because I was so afraid to have it done,” she adds. “But Dr. Crovetti was very patient and helped coach me through it. We finally did it about 6 months ago, and the hip pain disappeared immediately. But after so many years of having to compensate for the pain, I basically had to learn to walk again. So I still continue with strength training and physical therapy to correct that, too.”

Since then, Melissa’s been pretty busy. She’s out doing things with her family – including a recent trip to the San Diego Zoo. “That included lots of walking that would have never been possible before,” she adds. “I’m going to the gym with my teenage daughter, and yes – even to the movies! My mindset is now in “recovery” mode – and I just feel better about myself because I’m getting stronger every day. The fact is, my kids had only known a mom that was living in pain. Now, they’re thrilled to see the difference not just in how I feel, but how it affects everything in our lives.”

“Today, I’m able to enjoy doing all those things I missed for so many years, I feel great, and I’m getting back in shape. After all we’ve been through, Dr. Crovetti and I have become very close. His friendship, support, and expertise have changed my life in more ways than I can possibly explain. But one thing I know for sure: Dr. Crovetti is – and always will be – ‘family’ to me.”