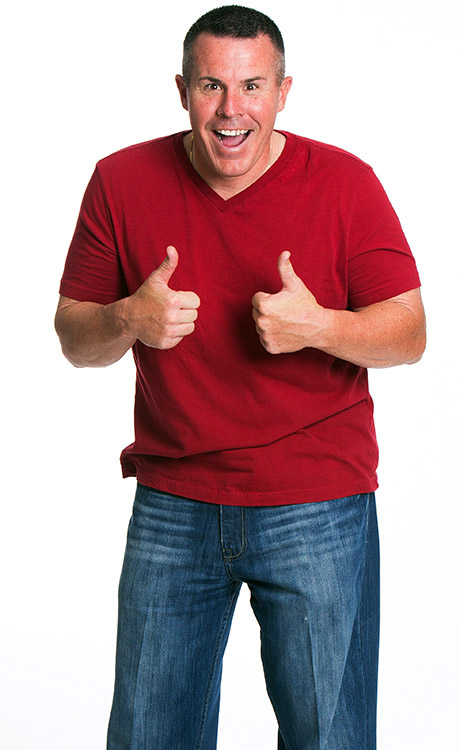 I was in the military 20 years, back in 2002, I got back from Iraq on mandatory PTO (paid time off). During the next six months to a year, I just had increasing pain in my hip and I didn’t understand why. I was very flexible and was extremely athletic growing up through the military wrestling, football, basketball, etc. I ran every day and then one day when we were stretching, a lady said to me, “You should be a lot more flexible as a 34-year old man.”

When I retired, the pain increasingly got worse every day of every year. I stopped doing things. I stopped running. I stopped going on hikes and anything else that had to do with pain. I was taking a lot of pain medication and was cautious about what I did.

Then I met my wife and she said, “I’ve had enough of us not doing things because of your pain.”

So I went to see Dr. Crovetti and he took an x-ray and said, “Jeff, when do you want it done?” I said that’s pretty blunt, but I kind of like that. I don’t like messing around – I’m military and my mom and dad told us the way it was and what was going to happen and what we were going to do and that’s the way Dr. Crovetti was.

I like Dr. Crovetti’s straight forwardness. He just said, “You need it done, you’re bone-on-bone, you have degenerative bone disease, you have arthritis and it’s only going to get worse.” So after 10 years of trying to put my socks on or tying my shoes (taking more than 3 minutes), my wife finally said, “I’ve had enough, we’re going in.” We made an appointment, had the surgery and it was done. I couldn’t believe the difference it made. I was riding my bike, walking and going on trips.

During this process, Dr. Crovetti said, “Your left one looks just like your right one… It’s just that this one is worse and once you get your new one, you’re going to feel it. Right now, the bad one takes over in the pain department.” Three years ago after I had my right hip surgery, when I was 46, I told Dr. Crovetti that the first time that I couldn’t sleep, I questioned going on vacation or had issues putting my socks and shoes on that I would be back.

At the end of last year, I said, ‘Dr. Crovetti, it’s time.’ I had waited three years and four months and the pain was there. I was not doing the things I was normally doing and I was taking Advil and 800mg Ibuprofen pain medications that I had gotten from the military and it was causing me to lose sleep – just like before.

I had it done January 11, 2016 and just four months later here I am returning from a trip back home. My wife and I go shopping all the time (she loves to shop) and I don’t worry about pain at all. I put on my socks and shoes, I bend over, I go to work – but now I don’t walk around like a pterodactyl anymore. They said I used to walk around moving back and forth with a limp. Now I don’t limp…everything is good!