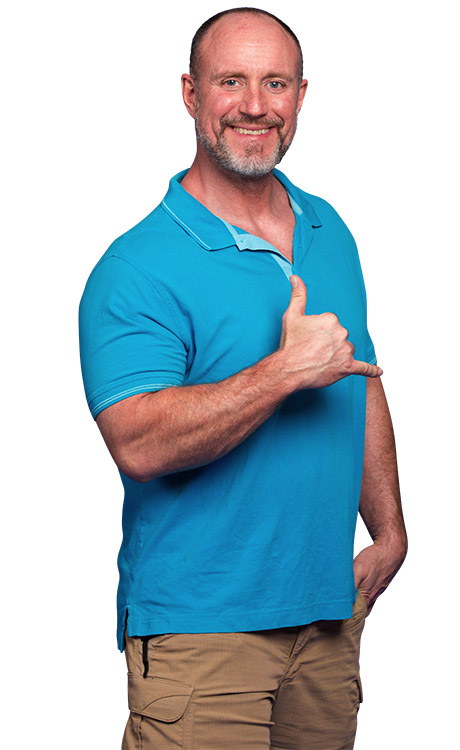 The left one was first and it was because I had a torn labrum in there and I had no idea even through medical school It was torn and I was having people evaluate and nobody could give me an answer why my hip hurt. And then it just kind of progressed into arthritis and because of the torn labrum it was a little bit more painful on the left side so it got to the point when I couldn’t sleep then I decided I’ve got to do something more than what I was doing.

Met with Dr. Crovetti whom I met when I was a med student I met him at a conference and we talked and hit it off and I was like well there’s only one guy I’m gonna go to. So called him he said “come on in I remember ya.” And we scheduled my surgery that was that was scheduled I think September of 2017 and I then didn’t come in until December. He was surprised that I even made it cause I was afraid. And then as every body practically says whose had a hip replacement “why did I wait so long” okay everybody that I had asked beforehand and talked to afterwards has always been I waited too long. All right, so if you get in and when you’re starting to first have pain you can get rid of that pain in short order and get back to a normal healthy existence.

His reputation is par excellence. And that’s because I used to be in emergency medicine I went and talked to some of my friends in emergency medicine in the trauma center and I said well here’s who I’m considering and they said “well we don’t get dislocations from him” and basically that’s a pretty good indicator of good quality surgery so if you’re not having to deal with somebody’s problems post surgery that’s a great indicator. And Dr. Crovetti when he first came to town that was kind of his gig was to fix other surgeons errors per say. I don’t like to use that term but maybe their job wasn’t quite good enough and the patients had problems and Dr. Crovetti went in there and fixed them and so you got you learn from that what not to do if you’re not scared when you go into surgery there’s something wrong with you for everybody it doesn’t matter how good the anesthesiologist and surgeon are at that juncture it’s a fearful procedure. Because you’re laying your life in somebody else’s hands, but with my experience here and being in the medical profession everything was taken care of to the nth degree.

I felt very comfortable once I actually go into the building. The quality of the surgery was great I have not had any problems in three years with my left hip and its been maybe 6 months with my right. I’m back in the gym lifting weights I got a big hundred and twenty five pound Cane Corso dog that I walk and he likes to rough house around I don’t have any problems playing around with him. I can ski. I can snowmobile. There’s a whole bunch of stuff that I can do that at thought at one point in time ‘if I get my hip replaced I wont be able to do this stuff’ – hasn’t been a problem its actually been a lot easier than it was pre-surgery cause I was in a lot of pain.