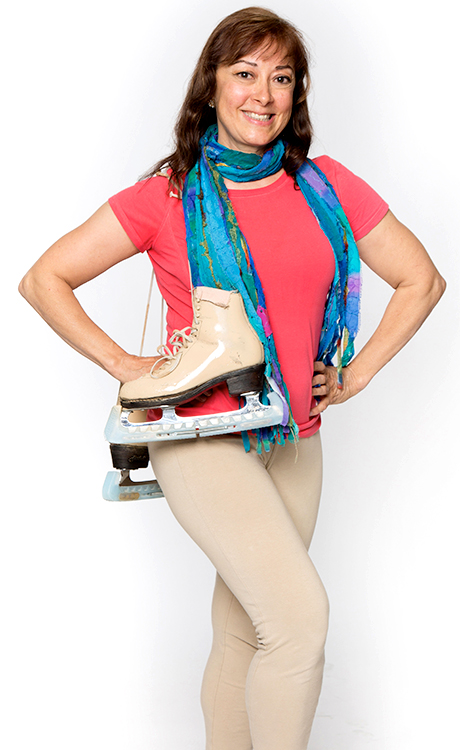 I’ve been a figure skater my entire life. I’ve competed since I was young and have been skating in shows for the last 16 years. What you see on TV, the spins, jumps and extensions, that’s what I did. My hips didn’t like that too much so I retired.

I went to several doctors because I was in so much pain. The first doctors I went to gave me MRI’s, x-ray’s and couldn’t give me a definite diagnosis. They suggested exploratory surgery but said I might not be able to walk again.

So I suffered through the pain for 14 years but it was so painful. A couple of years ago it became so bad, walking to the mailbox was excruciating.

Someone mentioned Dr. Crovetti to me. I knew after two minutes visiting with him that he was the one for me! First thing he ever said to me was ‘did anyone ever tell you you had a bad hip?’ It was one of the worst hips he’d ever seen. So I decided to have the surgery.

I’m about eight weeks post-surgery and I’m able to skate, ride my bike, walk and actually took my first Zumba class! I used to be in so much pain, I couldn’t complete a class. I’ve seen pictures before the surgery and now after and you could see the pain in my eyes and I didn’t even realize it.

I would recommend Dr. Crovetti to anyone! He’s just fabulous.

The story isn’t over yet! In August, I’m going to get my left hip done. The surgery center and the recovery suites are excellent and I was treated like a queen. Anything I needed, the staff was there. They were unbelievable, professional and nice. I feel 100% and just great!