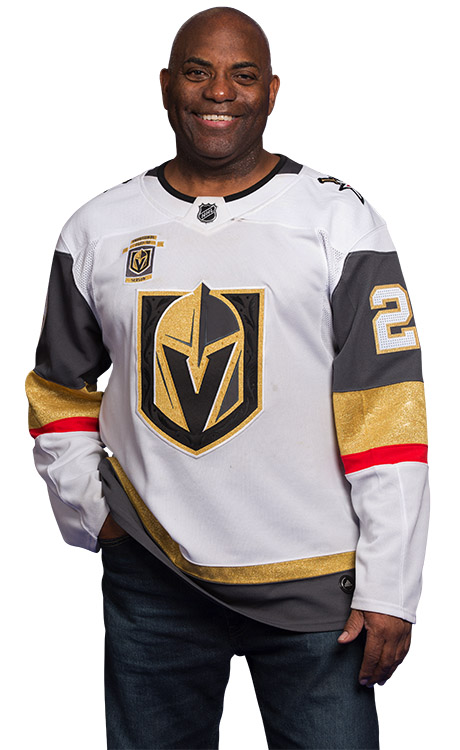 Well I was diagnosed with osteoarthritis in this knee back in 2013 and the physician that I saw there told me that I’m a candidate for knee surgery, but he told me that I was not old enough. He wanted me to wait until I was 60 years old. So, I waited that long, but I kind of wish I didn’t.

However, I had several friends who had seen Dr. Crovetti and also some of my former coworkers, too. So that’s how I found him and I scheduled a consultation with him in December of 2019 and he examined me looked at my situation. He saw that my leg was not straight and which it really wasn’t straight and now that it is straight I can walk straight again, ha! Um, then, like I said before saw Dr. Crovetti I was having some serious pain issues especially after my events that I would do I would be in so much pain afterward then saw Dr. Crovetti like I said in December then January a month later he scheduled the surgery explained everything to me what he was going to do he showed me the model of what was all involved with the surgery I went ahead and scheduled it on the 8th of January and I told him that you know, which I already scheduled an event on January 2nd super bowl Sunday of all places times to do that right.

He said don’t worry you’ll be fine you’ll be fine I said I don’t know man I was really susceptible about it but you know I really wanted to make sure id make that event and make a long story short I had the surgery, went through the process of the recovery and at that time I was DJing a wedding on January 2nd, no excuse me, February 2nd, February 2nd and the surgery was January 8th.

And of course the process here at the Coronado Surgery Center was great from the initiation consultation to the check in to the surgery center where the nurses there gave me the information that I needed then after the surgery they sent me over here to the Recovery Suites and I was really impressed with the Recovery Suites cause the CNA and the nurses here were totally professional, very accommodating and right on top of their game, It was the best experience I’ve ever had in my entire life when it comes to my own health. And of course the process of the physical therapist that came here with me for that one day that I stayed here he had me up and walking down the hallway here and I was really surprised about that.

I was walking and, but I was walking of course very carefully of course because it was the first day, but I will never forget the day when I checked out that my wife came to get me. I got out of that bed and I walked from my suite into that hallway and started walking down the hallway on my own. And I was like wow, this is incredible you know I didn’t think I would be that far and now I’m a couple months after the surgery I’m doing well I’m able to walk down stairs without any issues. I think I told Dr. Crovetti on my last visit here that I had I was at the staples center watching the Clippers and the Lakers play and that was last week and I told him I was there and those stairs I tackled those stairs without holding onto the hand rail. I wouldn’t advise that to anyone by the way but I was able to hold a beer in one hand, my phone in the other walk down all those stairs at the Staples center without any problems, without any pain, without any struggles or anything it was great!

And so I knew right away that I’m on my way to recovery when I can walk down stairs and I can dance again at my last event I was out there doing the cupid shuffle with them, I was doing the wobble with them I was really getting down on the floor with them. That’s what I do I’m a mobile DJ I’m a flamboyant kind of guy so that’s what I’m do I’m happy to DJ and not be in pain anymore. I mean that’s great like I literally am not in pain anymore at the end of my events.