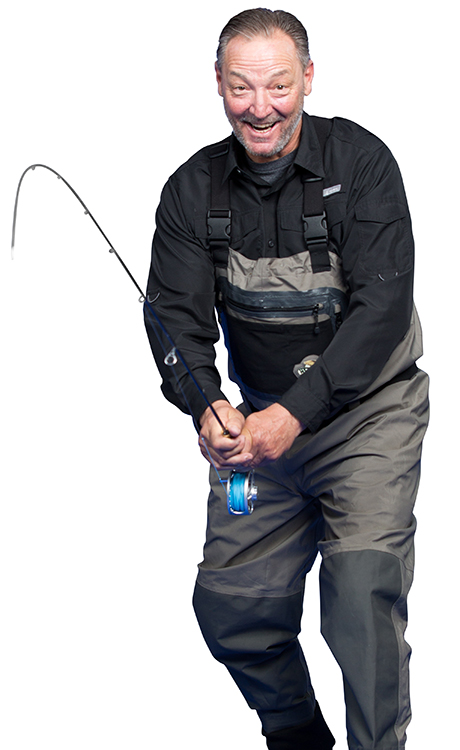 I was in a lot of pain. I couldn’t walk straight up and down. My whole life, I played softball and baseball, and apparently, it broke my hips down. When I was fifty-two, I decided to look into something to help myself because I couldn’t walk straight up and down. I met a woman that was a nurse, and she referred me to Dr. Crovetti and told me he was one of the best at it.

I came over and spoke with him, and there was no question in my mind; as soon as I met him, he was the guy for me. We had the first surgery, and then a month later, we scheduled the next surgery so we could get both done. I was a driver at the time for a CEO, and I had the right one done first. I planned it so we could drive first.

When I came to the facility, I was very impressed by the facility’s cleanliness. The staff was amazing and courteous. When I had my surgery, I stayed in the Coronado Surgical Recovery Suites for all three surgeries. I thought it was incredible. My wife thought it was incredible, and I gave her time to get the house ready for me. They treated me with respect. Anything I needed, they were there for me.

When they released me, I went home, and they had a nurse at the house the next day to take care of me right away, which was unbelievable. I came back to all of my checkups, and every time I did, I had progress, and the progress was emotional because of how I was walking in the first place. I was walking bent over, and it was horrible, so I couldn’t profess enough how much the man helped me. Unfortunately, my knee went out shortly after that, and I had him do my knee as well. I stayed in the recovery suites again, and there was no change. Everything was exactly the same clean, with wonderful the people that work here.

In my last check-up I had with him, I shook his hand and told him how much he saved my life. He did save my life as far as my normal every day, up and downstairs, getting in and out of cars. There’s no question that I’d come back to him tomorrow if I had another problem.