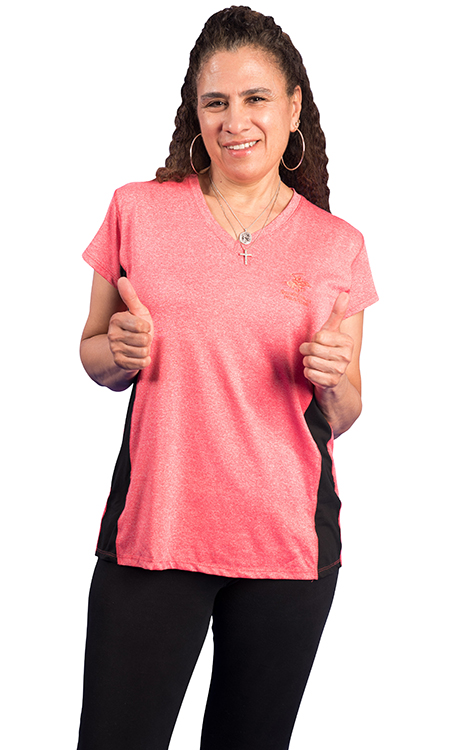 Well in ’06 I met Dr. Crovetti because he was on our provider’s list for my job, and I had to have arthroscopic surgery on my left knee because I tore my meniscus. So after that I was fine for a while and then I continued to be jogging, I was able to run for a little while, and then next thing you know my knees started deteriorating. And Dr. Crovetti you know was suggesting well you might want to look into knee replacement and I was like, ‘No I’m not having surgery. I’m not going to have surgery. I’m not going to have surgery.’ So I put it off for about two years and he told me, ‘Don’t worry when it’s time you’ll know.’ So, sure enough, two years later my back went out and my back went out, and I literally went to the doctor and said, ‘Look I’m ready to have that surgery.’

So, with that being said, I had my left knee done and then in the midst of rehabbing because I waited so long to have the surgery I literally blew my hip out. So I was back to Crovetti again with hip replacement, and then after the hip replacement I was back to rehabbing my knee and it’s been a blessing. I’m able to do everything, if not more things now than I was in the beginning, but, most importantly, I can wear my heels again. That was my goal was to wear my heels again without any pain or without any friction, so it changed my life.