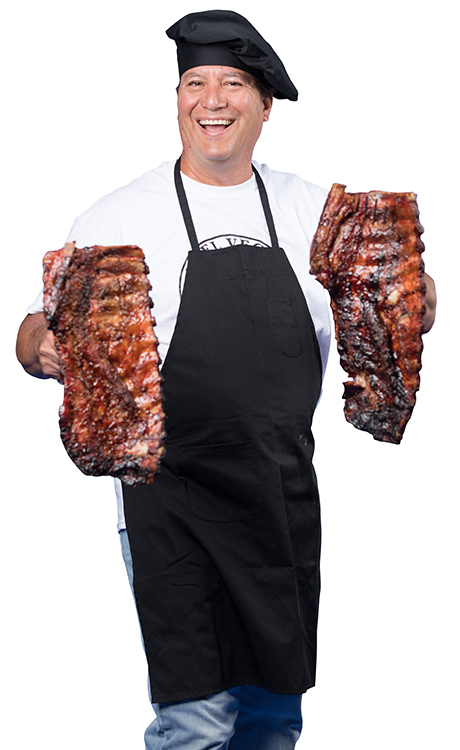 My pain started when I was walking around a saw horse and I caught my big toe on the leg of a saw horse and I twisted my knee. I thought ‘ow!’ kind of like a sprain and it will go away. Then, a week later it wasn’t going away. Then two weeks later I was like ah there is something wrong! I work with some people that have had some knee surgery done and they recommended Crovetti. I didn’t know who to go to, I’ve never had knee problems or anything. I made the appointment, came and I really liked the way it was real professional and clean. I liked what he said and, you know, he told me I tore my meniscus. I scheduled knee surgery and had that done.

Then probably a year, year and a half went by and I caught my shoelace on a steel beam in my backyard. I was cleaning up and I twisted that knee! I was like – you know what, I know this pain from the other knee! I made another appointment, came down and I tore the meniscus in my other knee, so I had that done. Well, fast forward about another year and I’m under my motorhome working on some electric steps, they got loose and needed to be reinforced so I took it down and was trying to put it back myself and it was jammed. I hit my elbow and thought it was just a funny bone and I thought ‘okay, well that will go away’. Well, a couple weeks later, I know that feeling from my knees so I come and they tell me that I had scar tissue and some bone spurs from hitting that thing! So I had my elbow done.

I got two knees and an elbow done from here! Now I can do anything, you know without your knees it’s hard to walk and at night I couldn’t even sleep! The pain, I always had to roll over and try to find a different spot and I don’t have that problem anymore. And fishing, when I would cast. I used to be like ‘OWW!’. Now that’s gone so I can fish again! I can barbecue so there’s a lot of standing around and I can do that again and everything is good!