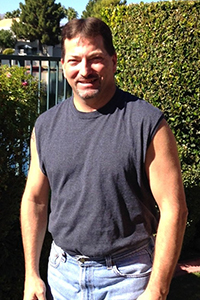 There are times when the simplest question is so profound, it can literally change the course of your life. For Marshall McGarry, a Las Vegas hotel/casino locksmith by trade, such a turning point took place for him in 2011.

After suffering 7 years of increasing and undiagnosed back problems which led to countless doctor visits and pain management specialists, someone finally asked the right question. And the answer that he received from Dr. Michael Crovetti – the well-known Las Vegas orthopaedic surgeon – ultimately gave Marshall back the life he had enjoyed before his harrowing medical journey began.

“It started with lower back pain – something that the doctors I visited to seek relief believed was just a natural result of my line of work,” states Las Vegas resident Marshall McGarry. “And it’s true – locksmiths bend and kneel down many times a day, so on the surface, that seemed a likely explanation.”

“But over time, the problem from my back crept up and over my hips and groin area. The initial pain just got worse and spread as the years went by, and I even developed a serious limp. Naturally, my work suffered due to my physical limitations, and my lifelong passion for the outdoors – taking hiking and camping trips – came to a halt. Eventually, all I could manage to do was go to work, then go home and spend the rest of my day and night trying to alleviate the pain.”

For the first several years, the solution, according to the medical advice McGarry received, was pain management. Thus began an endless round of injections and procedures designed to help mitigate the pain so that work was still possible. And it wasn’t until one of these specialists asked Marshall one very simple question that the entire game plan was changed: “Has anyone ever taken a look at your hips?”

“I’m a normal, working-class guy,” said McGarry. “And like most people, I believe that the doctors are the experts. I relied on them to tell me what was wrong, and what I needed to do. So when that question finally came up about my hips – followed by scans and tests – in a way, I wasn’t surprised at the results. But on the other hand, it was discouraging to learn that if someone had asked this one question sooner, my condition might not have deteriorated this much.”

It took McGarry several months of recovery and rehabilitation (as well as a 6-month leave of absence from work) to get back to ‘normal’ after undergoing a reconstruction procedure on both hips at once. But what should have provided 5-6 years of relief and stability lasted only 1 year – and he was soon back to square one.

“I had a friend who was a patient of Dr. Crovetti’s, and he spoke very highly of the care and treatment he received for his joint issues,” continues Marshall. “But after everything I had been through and realizing that hip replacement surgery was my only option – as well as a very serious procedure – I knew I had to be more pro-active in my medical treatment. So I started doing my homework.”

McGarry researched more about the subject of hip replacement surgery and looked at his surgeon options. The more he learned, the more he became interested in Dr. Crovetti. He read about Dr. Crovetti’s work and experience, discovered his dedication to both research and for innovating procedures and devices in orthopaedic surgery, and talked with others about their experience with him.

Marshall knows what it’s like for a patient to “feel like just a number – like your doctor isn’t really listening to what you’re saying. But I didn’t experience that at all with Dr. Crovetti. He really focused on what I was feeling and experiencing with my pain – and he engaged in a real conversation in terms that I could not only understand, but that gave me a voice in my treatment. He inquired about what my objectives were, and explained clearly how he could help me achieve them. It was the first time in years I felt like I was in good hands.” 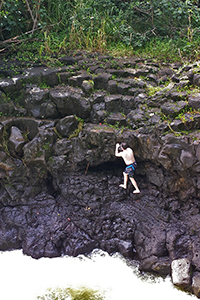 Two hip replacements later – McGarry was on his way to “getting his life back.” Both surgeries were performed by Dr. Crovetti approximately 6 weeks apart at his Coronado Surgery Center, and utilizing the Outpatient Surgical Recovery Suites. “I won’t lie,” states Marshall, “the recovery was tough. But immediately after the surgery (Dr. Crovetti had me up and walking 2 hours out of recovery – which was great!) – I could tell that now I was dealing with a different kind of pain. This was the post-operative kind, where you can see a light at the end of the tunnel – not the never-ending chronic pain I’d had for so many years.”

The overall experience he had at Coronado was exceptional – and it helped his recovery and rehabilitation start off strong. According to Dr. Crovetti, “I designed our Surgery Center and our Surgical Recovery Suites specifically to enhance not only the patient’s surgical recovery, but their overall well-being. They really do get to ‘Recover Like A Rockstar’TM here – with private rooms, meals catered by local restaurants, Tempurpedic beds, and cable tv. More importantly, though, we have found that recovery is an easier journey when you have the right guidance and tools to begin with, and especially if you don’t have to worry about getting your basic needs and comforts met at the same time.”

Today, life is different for Marshall McGarry. It wasn’t too long ago that it was painful simply to stand up. A few months following his surgery, he and his fiancé took a trip to Kauai, Hawaii – where once again, he could enjoy hiking the outdoors, along with so many other activities he’d been denied for so long.

And yes, that’s a picture of Marshall climbing up the rocky hillside after diving into the swirling pool below. Why? Just so he could do it again.